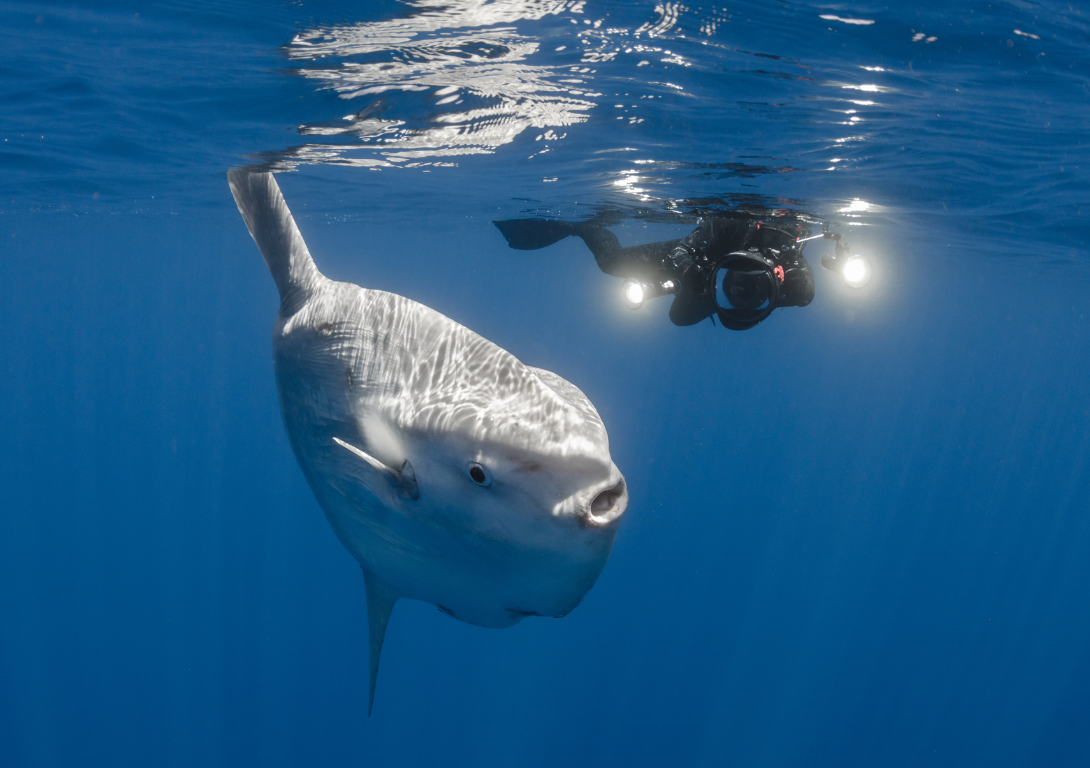 Here are 20 things you might not have known about sunfish!

We’ve been seeing quite a few Sunfish (or Mola Mola) in the waters off Gordon’s Bay recently.

Sunfish are not frequent visitors to our waters, although smaller species have also been found washed up on our beaches after the strong south easterly winds.

These are fascinating creatures and here are 20 things about sunfish you might not have known:

Did you know that the ocean sunfish is the heaviest bony fish species in the world?

Where to find them

Sunfish are slow swimming and found in tropical and temperate waters of the Atlantic, Pacific, Mediterranean and Indian Oceans. 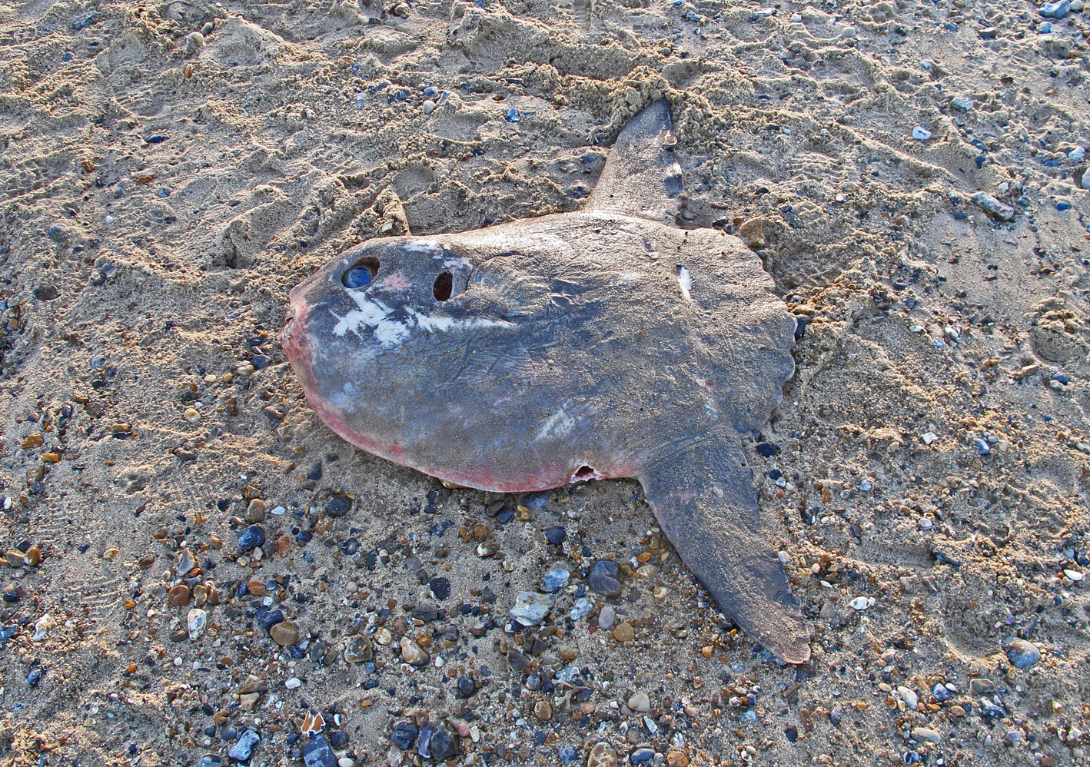 They are flat, disc-shaped fish with a large dorsal fin, a ventral fin, two pectoral fins and a narrow scalloped tail.

You might not know this about sunfish, but their tail does not grow as the fish matures, instead it folds back on itself (this type of tail is called a clavus), giving the fish its “half fish” appearance.

The word “mola” is Latin for “millstone” – which is what the flat, disc-shaped ocean sunfish looks like. 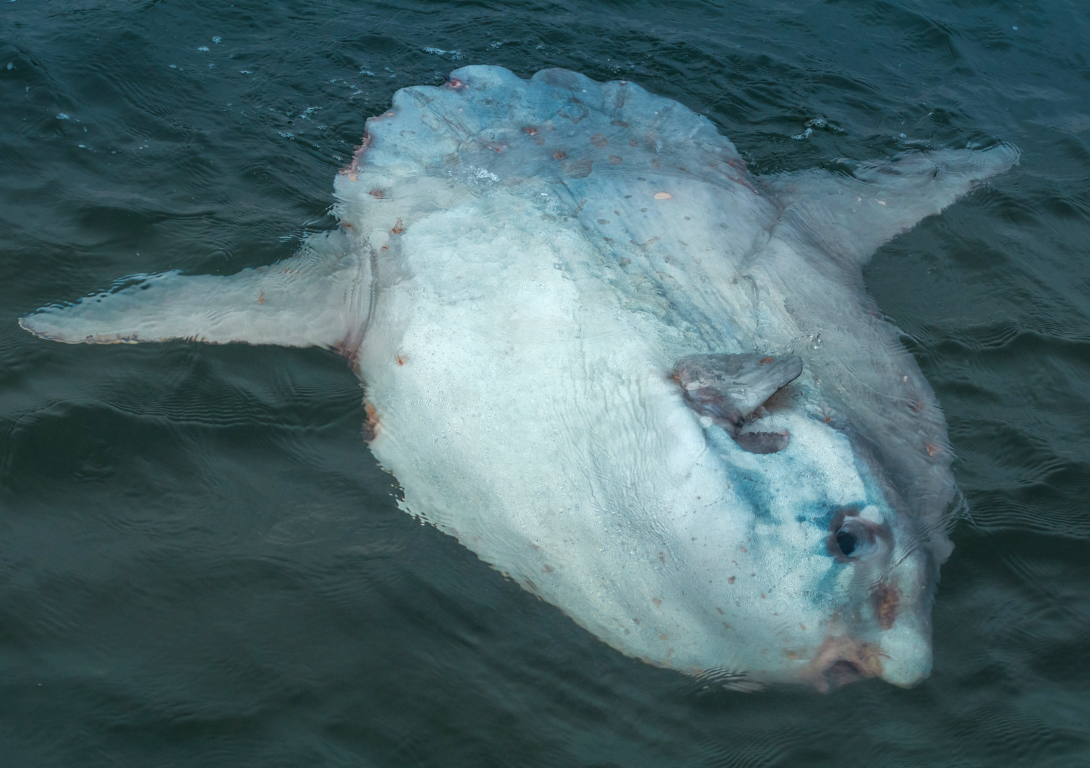 The mouth of a sunfish is tiny,  with beak-like teeth made up of two fused teeth.

They don’t have scales but a tough, elastic skin instead.

Sunfish can be covered with up to 40 different types of parasites (some of which have their own parasites too!). 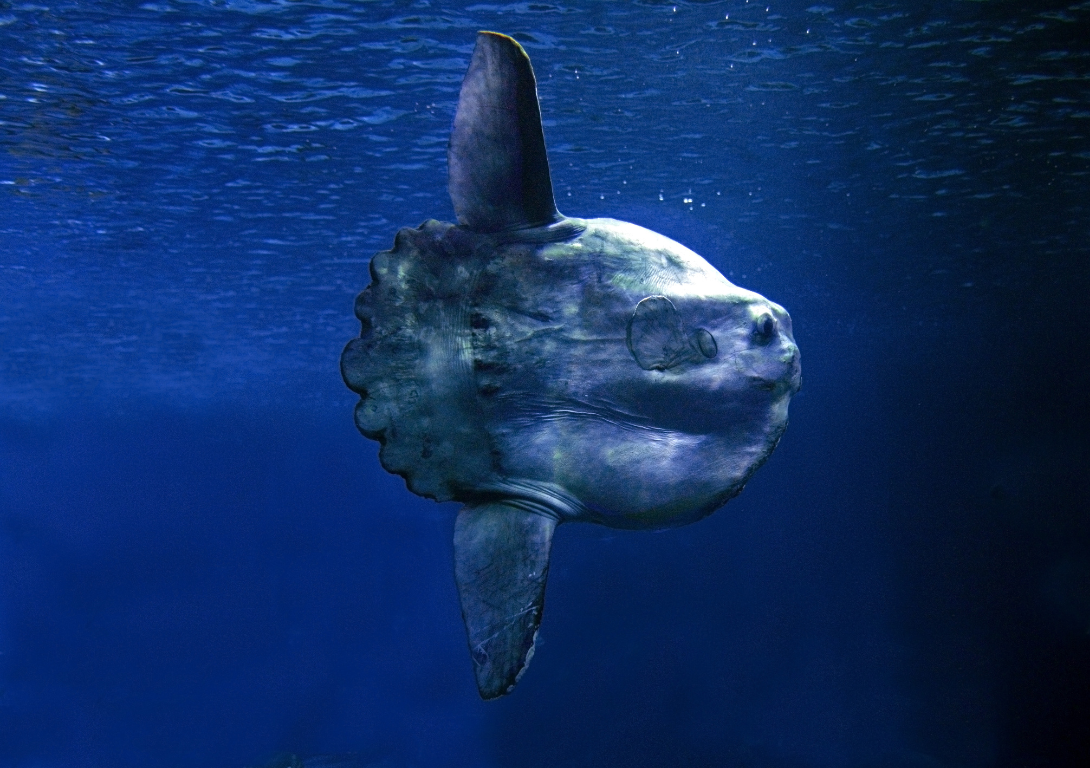 These huge fish are able to leap clear of the water.

Their closest relatives are puffer and porcupine fishes.

How do they swim?

Sunfish are often seen on the surface, lying on their sides – possibly to warm up after deep dives to colder water, to recover their stores of oxygen or to encourage cleaning of the skin of parasites by sea birds or fish.

When they swim on the surface, their huge dorsal fins are often mistaken for those of sharks – until closer inspection!

These fish are deep divers! Sunfish can swim to depths of at least 500m and usually spend most of their time at depth during the day and closer to the surface at night. 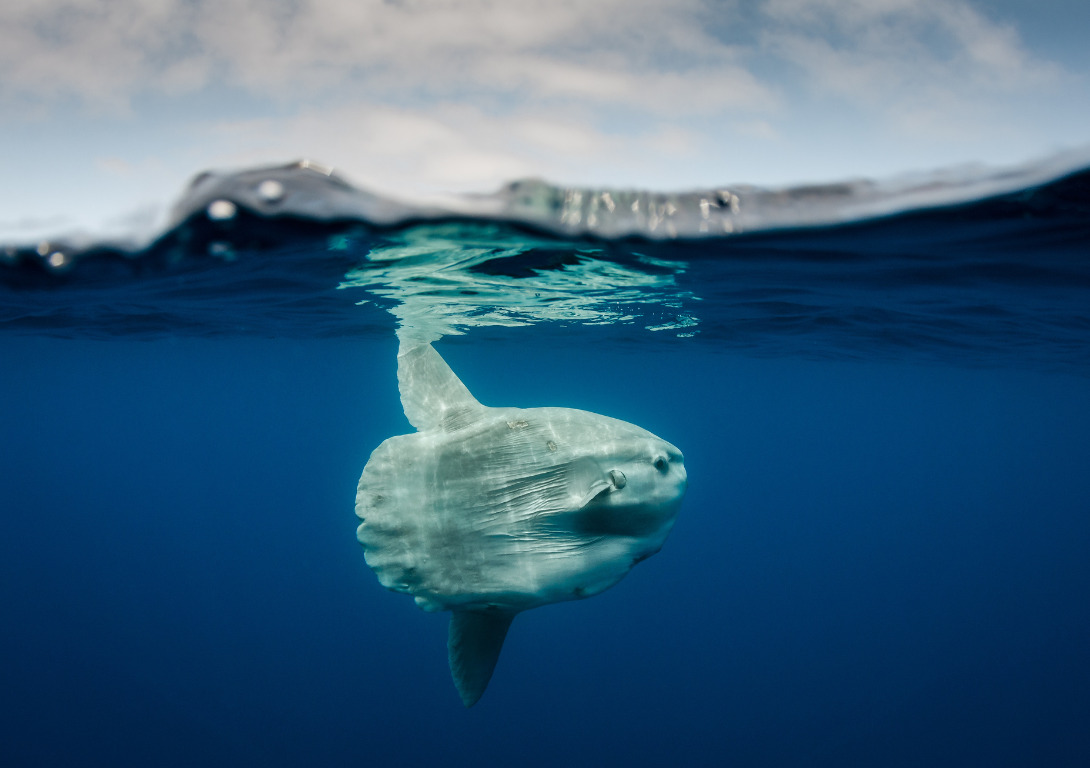 They reproduce by releasing eggs and sperm into the water.They have incredibly small eggs and produce many more than most fish.

When sunfish larvae hatch, they have spikes and resemble pufferfish.

Another name for sunfish is moonfish in certain parts of the world – hardly surprising, really!

Ocean sunfish are harmless to people.

Have you ever seen a sunfish? Look out for them on your next dive – they are really beautiful! 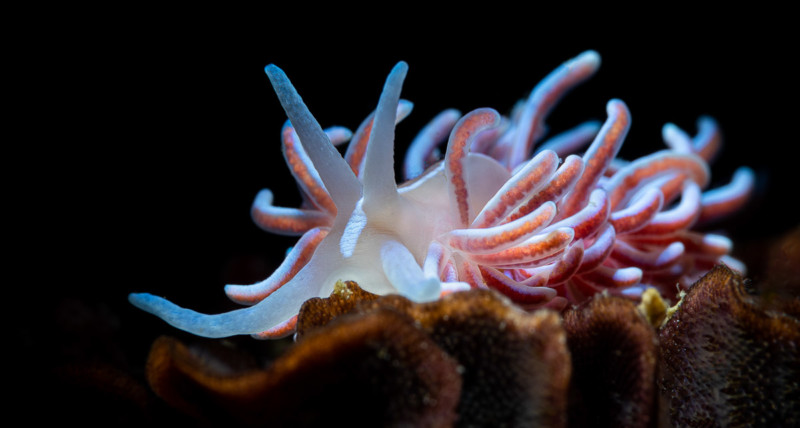 How to Pronounce Nudibranch!

END_OF_DOCUMENT_TOKEN_TO_BE_REPLACED

This site uses Akismet to reduce spam. Learn how your comment data is processed.

How to be a Great Diver

How to take really great photos of divers

Everything You Need to Know About Underwater Macro Photography!